What you wanted to know about the end of Xian Network Manager 2012 and the Xian NM v7!

For about 10 years Xian Network Manager has been a necessary tool for System Center Operations Manager users to monitor their network. It all started in 2004, during this first approach we even had a version that ran on MOM 2000. It didn’t take too long for us to move to 2005 where Xian Network Manager showed its true potential. In the beginning, we focused mostly on bare metal monitoring of SNMP devices, but soon we added more ingredients to the mix such as Linux and UNIX monitoring, Smart Monitoring, custom rules, topology discovery and more.  Along the entire process we always took our testing seriously, our test lab was equipped with many servers and Xian NM was always tested with a large number of devices. In the past years, 1800 devices became a minimum standard.

Recently Jalasoft has faced more competition, including Operations Manager itself, in the network monitoring area which made selling more difficult. Being that we’re based in Bolivia, we noticed that a great deal of technology was unreachable by many of the businesses in Bolivia and other Latin American companies. That is why we decided to shift from a global focus to a Latin American focus. To make products more affordable we also opted to completely disconnect from Microsoft solutions. The next version of Xian Network Manager will be called Xian NM v7 and will not support any version of Operations Manager. Additionally, it will run on Linux and use PostgreSQL as it database.
We got quite a large number of questions in the past days after this news became public. Below you can find answers to the questions that arose.

What does this mean for existing customers?
Customers with a valid SSA can count on technical support from us as usual until their SSA expires. Customers can extend their SSA until December 31st 2016.

When will Xian NM v7 be released?
At this moment we are planning on releasing Xian NM v7 end of Q1 2016.

What will happen with your licenses?
If you have purchased permanent licenses in the past, they will stay valid. You can keep using Xian NM 2012. The only difference is that no hotfixes or service packs will be distributed.

Show off in front of your boss! Or How to simulate an expensive network device 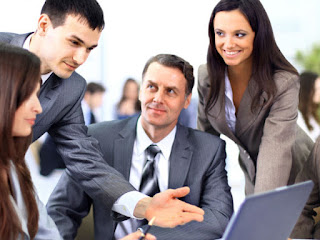 Everybody who is involved in networking should have an SNMP Device Simulator!  If you do not have one, download it here! And if you have one, also keep on reading.

Of course your boss doesn't let you fool around and run your tests on the company network and who knows, he's probably right. But you're in luck, with the Jalasoft Xian SNMP Device Simulator you can choose from over 100 network devices to simulate.


If you really want to impress your boss, come along and we'll show you how to simulate a Cisco Nexus device with over 200 interfaces.  How? It's very simple.  Download and install the simulator from our website and run it. (Click images to view full size). 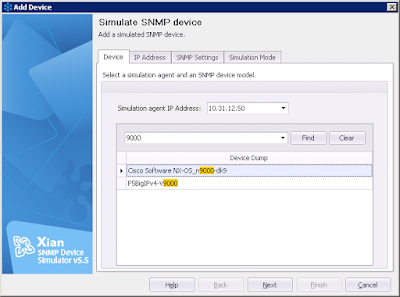 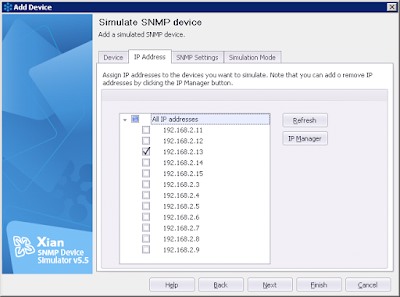 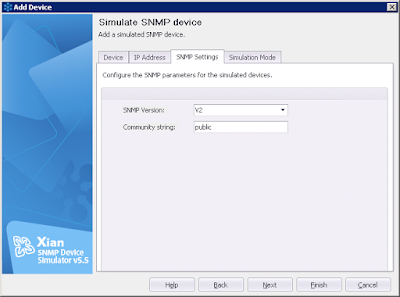 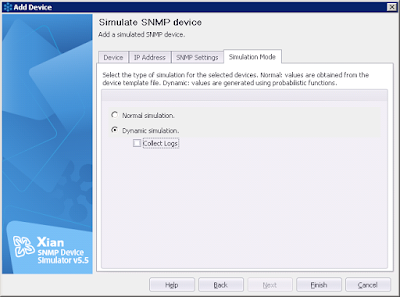 And that's all! Now the only thing missing is to discover the device using your favorite network monitoring tool, which we hope is Jalasoft Xian Network Manager.  If it's not, no hard feelings...well, maybe a little, but we're willing to overlook your slip up and welcome you into the Xian NM family!

Next week...more fun things to do with the Jalasoft Xian SNMP Device Simulator!

Posted by Unknown at 6:18 AM No comments:

Get Your Fall On! Take advantage of our Fall promotion 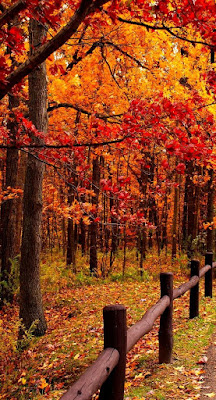 Jalasoft has officially started its Fall promotion. Get a 30% discount on all our products. Don't wait and GET YOUR FALL ON!

Our discount applies to all of our products: Xian Network Manager (Xian NM), Xian Wings, and the SNMP Device Simulator.


Why take advantage of our promotion?


New features to drastically improve your experience monitoring a network of any size:

Topology diagram is a new feature that lets users insert Operations Diagrams into OpsMgr and these diagrams can include automatic and/or manual relationships between the objects. So basically a user draws a diagram on the Xian NM console that includes any monitored OpsMgr object and reviews the results on the OpsMgr console inside a dashboard with two widgets; Topology widget which displays a diagram with the objects states and relationships states; and Relationship alerts which display alerts related to the relationships and the relationships display colors according to their states (Green: Healthy, Red: Alert/Critical, Yellow: Warning, Blue: Not monitored, Black: Maintenance).  The topology diagram feature works for all the OpsMgr 2012 distributions. Click image to view full size.

Dashboard for all SMPs:

Another new feature can be found on the Xian NM smart management packs (SMP) where an out of the box dashboard per each device type displays monitoring information from the monitoring devices of such category. The dashboards include the following widgets: states, alerts, details, performance graphs and objects by performance.

This feature works for all the OpsMgr 2012 distributions. Click image to view full size. 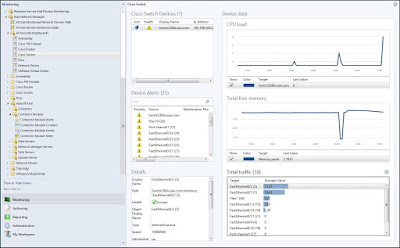 A new service called Xian NM Update server translates external IP addresses listened by the Flow monitoring feature into their domain or website names in order to give a clear idea of the sites the internal computers talk to. This service gets connected through internet to our Jalasoft Update server (web service) to resolve these IP addresses into website names in order to have such names on the Flow alerts and performance data displayed on the OpsMgr console.

An additional NetFlow technology version is now supported on Flow monitoring: IPFIX NetFlow; so devices running this NetFlow version can now be monitored by our Flow Monitor feature along with NetFlow V5 and V9, as well as SFlow.

It is possible to assign a name to any desired port that is been monitored through the Flow monitoring feature, so a proper name now displays on the OpsMgr console for the alerts or performance counters associated to those ports.  Click image to view full size.

Topology discovery via SNMP monitoring.  Before Xian NM 2012 SP4, we had to provide TELNET or SSH credentials to the Topology Discovery Task feature to discover devices located in different VLANs, now these credentials are no longer required since devices on different VLANs are discovered through SNMP only.
Flow configuration section.  The different flow configurations like Filters, IP groups, Unknown IP addresses are now unified under the Flow node within the Configuration section of the Xian NM console.

Duplicated objects on the Xian NM reports.  Xian NM reports now do not display repeated device names on the devices selection when configuring a report.  Note that only devices will not be repeated, but elements that have been added and removed will keep showing.

Posted by Unknown at 6:04 AM No comments: